Last year we sold out the Friends Labor Day weekend and had one of the best weekends ever!

The weather and beauty of that time of year was spectacular! Sign up early and reserve your spot! 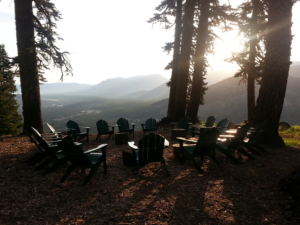 The 4th Annual Tree Replanting Party was a HUGE Success! 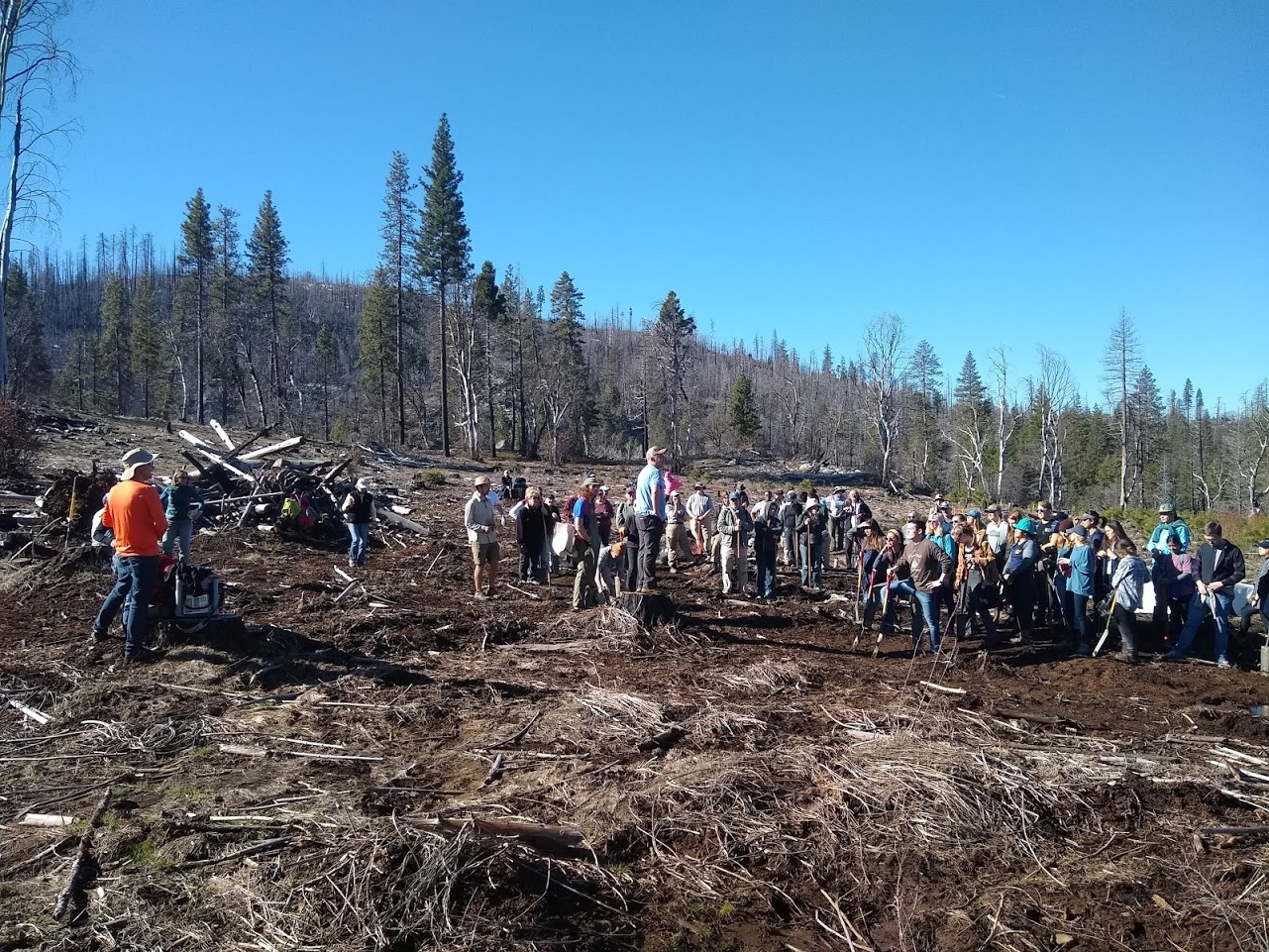 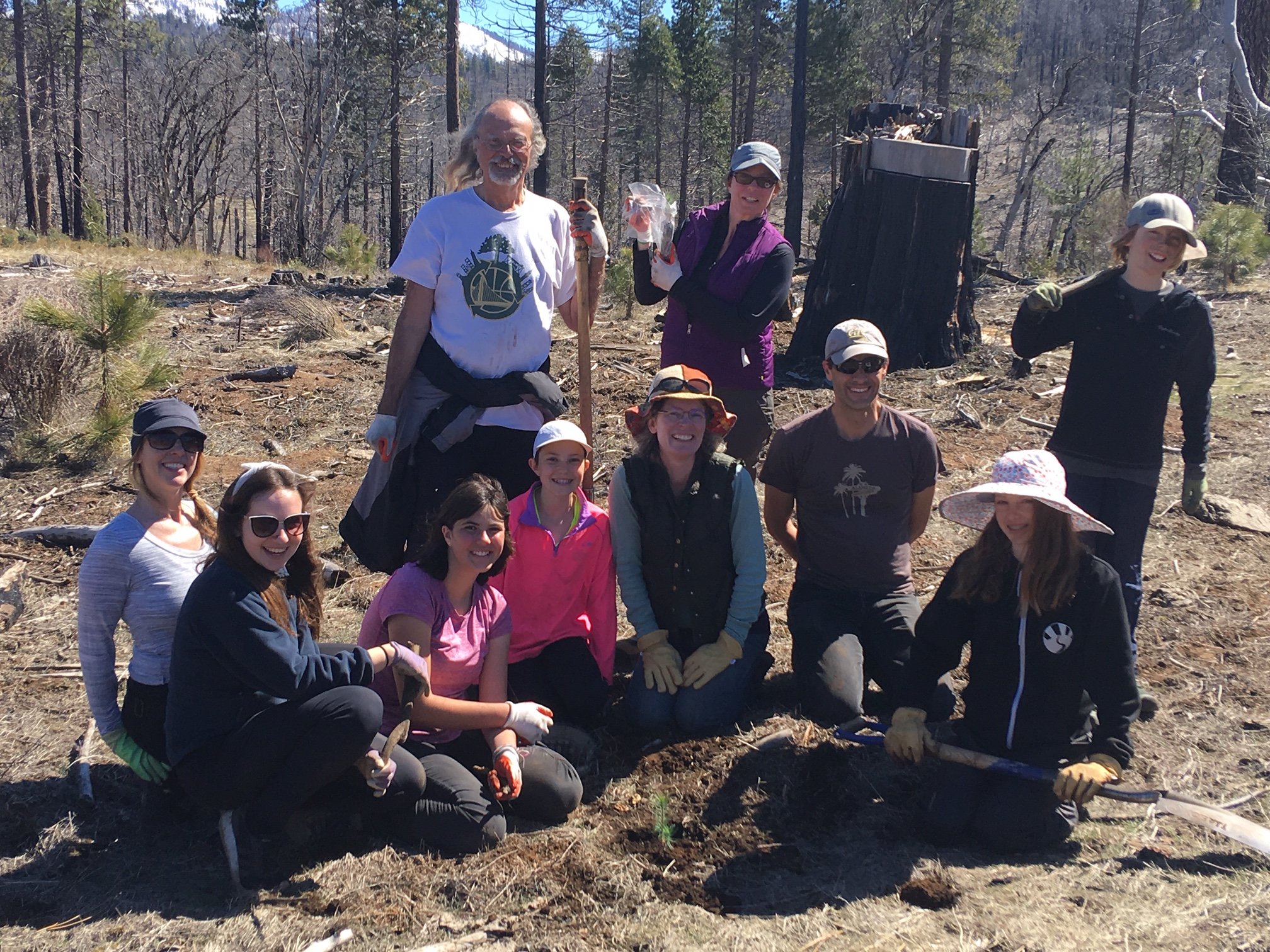 Berkeley Rotarians and former staff had a great time bringing back the forest! 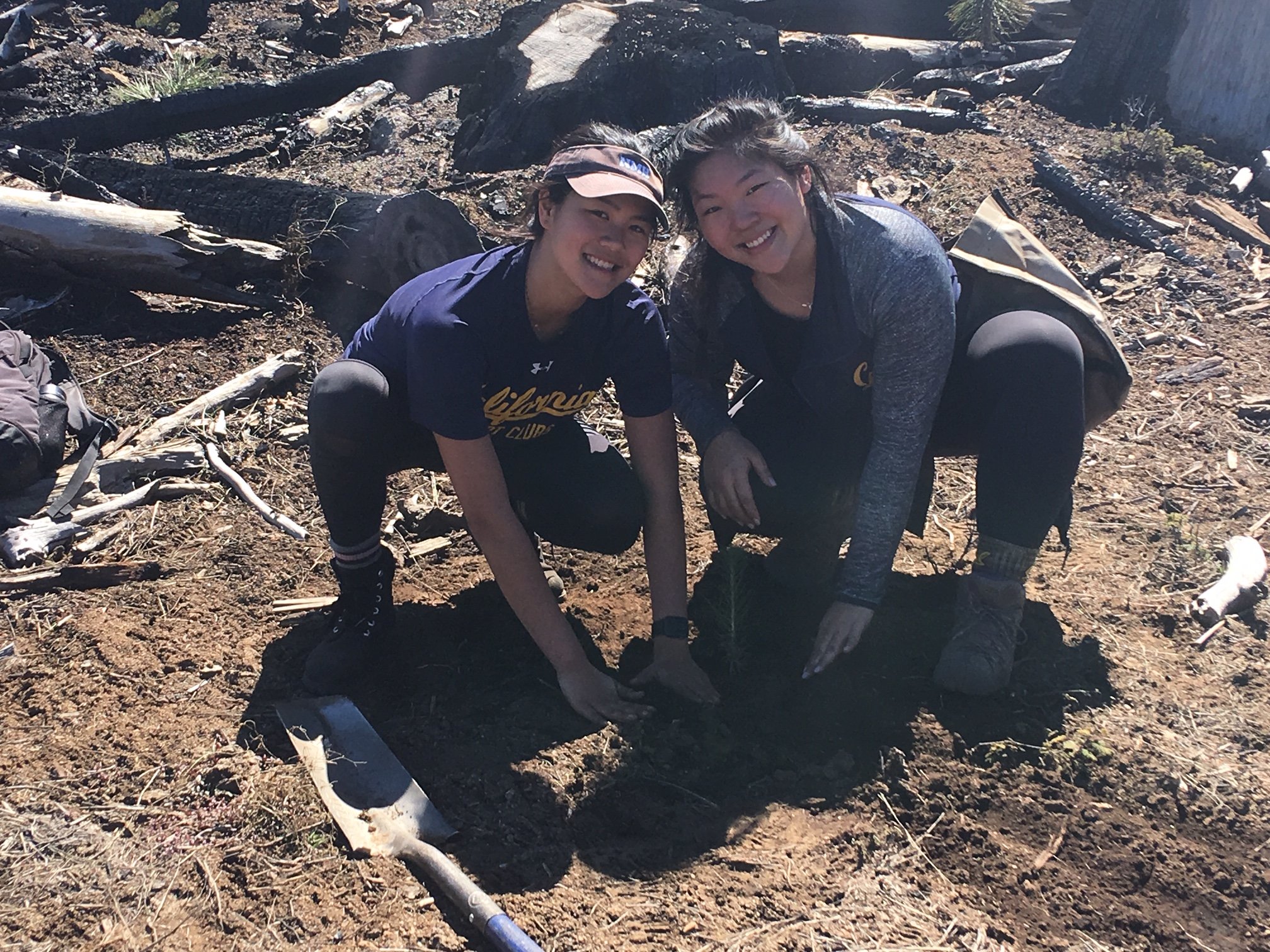 this year thanks to the UC Chancellor’s Community Partnership Grant!

They had an amazing weekend of free lodging, food and transportation

and we cannot wait to partner with UC Berkeley again next year!

The City staff and Camp architects Siegel & Strain are now working on the Basis of Design, the final project drawings, which determines what companies bid on to rebuild camp. The City is working with the USFS and FEMA to complete hazardous tree removals, environmental analyses and documentation required to permit and fund the project. Final Basis of Design will be complete by Oct 2019, and construction bids will be accepted in Nov 2019.

FOBTC has been working closely with City of Berkeley staff on the rebuild effort. We know now that there will be a gap between what insurance will pay for and what we’ll need and want at Camp from Day 1 – specifically trees and nature, and architectural shade for tents and main camp to keep it comfortable. Since most of the forest cover in the main part of camp was destroyed in the Rim Fire, FOBTC will be actively raising money for mature trees and landscaping so we can return to a green landscape and growing forest, and for shade construction in main camp, the green chair circle, and for tents that will be exposed to direct sun. These items are NOT covered by insurance and are currently unfunded and may get cut from the design. In the Spring, FOBTC will kick-off a one-time major fundraising initiative to help support these critically important items. To have these items included in the initial design (and therefore part of camp at opening day) we intend to make a major contribution in October 2019. Stay tuned for more info, your help will be needed for the success of this effort!

YOU: The most important reason to give is to return to your sacred space, your sanctuary, your family get-togethers, your home away from home – and have it be fabulous and comfortable as soon as you get there. It needs to be built to last for many generations, so future family members can continue the traditions you love and hold so dearly. 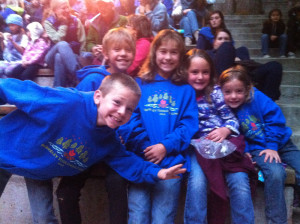 In the summer of 2019, FOBTC is looking to completely fund 16 under served youth for youth camp, and 12 CIT’s to experience working at Camp.

A major goal of FOBTC is to support Berkeley kids who could not afford it to get out of the city and be at Camp during the summer. FOBTC received a $20,000 grant from The UC Chancellor’s Office to bring under served Berkeley youth and teens to experience camp next summer!

The grant was written with the partnership of UC-Berkeley California Outdoor Engagement Coalition, with the goals of bringing more outdoor engagement experiences to Berkeley youth and teens. We will be reaching out to kids in those areas of Berkeley who cannot afford coming to Youth Camp, and teens in the CIT program from diverse neighborhoods to experience being at Camp! 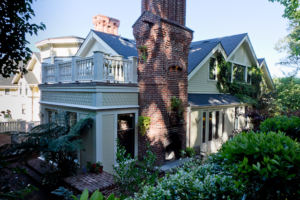 We called it “The Great Campsby”- a Fall Gala in a remarkable time and place!

We went back to the year Camp opened, 1922, in a mansion called “The Pines”, in Sausalito overlooking the Bay. Casino games, cocktails, roaring 20’s music, catered food, and hidden rooms everywhere. The event was spectacular, with over 130 people attending.

We raised money for FOBTC expenses and the everyday we work we do as a non-profit, and for rebuilding camp, and had tremendous community spirit doing it! What a blast! 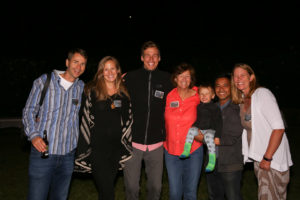 The 2nd annual Staff Reunion took place on November 23, the Friday after Thanksgiving, with over 50 current and nostalgic former Staff members ranging all the way back to the 50’s gathering at Cornerstone Brewery in Downtown Berkeley!

FOBTC bought the first round, gathered around the fire pit, and gave staff an update and a chance to ask questions on the rebuild process. It was so sweet to see everyone, and so inspiring to see how many former staff are staying so connected to Camp!

Hi campers, staff and friends! In case we do not have your home address and couldn’t send this to you via the mail, here’s the end of year newsletter and latest on camp, including important dates to note in your calendar. If you’d prefer to have us mail you this, please do email scott@fobtc.com your home address.

Hi dear Friends – This Thursday Nov 15th, the City staff will be giving this report to the City Council and Mayor as an update on the rebuilding of camp. We are posting it so you can get it fresh off the press, and stay on top of the process!

This is from Scott Ferris, Director of Parks, Recreation and Waterfront:

In August of 2013, the California Rim Fire destroyed Berkeley Tuolumne Family Camp (BTC). The fire was declared a federal disaster, which means the Camp rebuilding qualifies for funding from the Federal Emergency Management Authority (FEMA) and the California Office of Emergency Services (CAL OES). While FEMA and CAL OES will contribute a portion of the funding, it is anticipated that the City’s insurance policy will cover a more significant portion of the rebuild costs. The estimate for the total project is approximately $60M, which includes the necessary staff, design, permitting, and construction costs. On April 4, 2017, the City Council funded the estimated City cost share of $3.3 M (which includes the City’s required FEMA grant matching funds).

In early 2017, the City completed the conceptual plan of the BTC Rebuild. This three-year process included approvals from state and federal agencies as well as input from the Berkeley community. On October 17, 2017, the City Council approved a $4.3 M design contract with the architecture firm of Siegel & Strain. Siegel & Strain’s first task was the development of an ‘As- Was plus Code’ design and cost estimate for the Camp (which shows the Camp as it existed before the Fire, plus current building code required upgrades). The subsequent ‘Basis of Design’ report establishes the City’s proposed reconstruction project, which applies both value engineering and programmatic updates to the As-Was plus Code scope of work. These two documents serve as significant milestones for ongoing insurance negotiations, as well as for the FEMA / CAL OES funding process. Monthly meetings with Insurance, FEMA, and CAL OES representatives to determine coverage and funding are ongoing. It is anticipated that construction will begin in 2020 and be completed in 2022.

In compliance with the California Environmental Quality Act (CEQA), the City published a Notice of Intent to Adopt an Initial Study / Mitigate Negative Declaration for the BTC Project in October, 2018. Simultaneously, the City coordinated the publication of the Environmental Assessment (EA) in compliance with the National Environmental Protection Act (NEPA) on behalf of the United States Forest Service (USFS). The public review periods for both CEQA and NEPA documents has now closed, and the City is in the process of responding to comments and finalizing these documents. It is anticipated that Council will consider adoption of the Final Initial Study / Mitigated Negative Declaration at the January 22, 2019 Council meeting.

The City of Berkeley is recruiting for a new Camp Manager for Echo Lake Camp.  This position was posted on Monday, October 29, and the recruitment closes on Monday, November 19 at 5:00pm. Please feel free to pass along the attached brochure and job announcement to anyone that may be interested in this position.  In previous years, the Camp Manager classification has been a 75% position, and the manager worked full time for six months, and half-time for six months.  Echo Lake Camp’s programs have grown, and this is a recruitment for a 100% Full Time, career, benefited position. If you have any questions or would like more information about this position, feel free to contact Craig Veramay at CVeramay@cityofberkeley.info

Additional Information about this position:

The incumbent will be responsible for the management of Berkeley’s Echo Lake Camp, located near South Lake Tahoe, CA. This position will entail working from the Berkeley Recreation Division offices in Berkeley during the months of approximately October through May, and living on site (where meals & lodging are provided in full) at Echo Lake Camp during the months of approximately June through September.  The incumbent will be responsible for the year round management of Echo Lake Camp including facility operations; program management; staff recruitment, selection, training, and supervision; full-service commercial kitchen and dining hall operations; program administration, cash handling, and record keeping; and customer service.

Last April 2017, as the Berkeley City Council was getting ready to vote for or against the rebuilding of Camp, The Friends of Berkeley Tuolumne Camp committed a $50,000 contribution from the camper community IF the Council voted YES for rebuilding Camp. City Council needs to see community fundraising when it commits to funding city projects with taxpayer money. For the past year, we have negotiated with the City staff to make sure any contributions went into a special account to be used ONLY for Tuolumne rebuilding costs and improvements, not for staff costs, general City fund costs, etc..

On July 24, 2018, FOBTC contributed a $50,000 check into a special line-item budget fund that can only be used for rebuilding costs for Camp Tuolumne, and the Council accepted this donation with a Special Resolution, making it law. We now have our path for making sure we can support the rebuilding process and accept donations from campers and make sure it will go towards Camp Tuolumne!

FOBTC is working with the project managers to be up to date with what insurance will pay to replace, what FEMA will then call FEMA approved projects they’ll cover (75%), what the City will cover, and what will potentially NOT be there. An example of this is shade – insurance and FEMA will not pay to replace the lost trees.  We will need architectural shade as well as trees, and a natural replanting in main camp. FOBTC will stay on top of this developing situation and be a portal for campers who want to support having camp be comfortable and beautiful from day 1. Feel free to reach out to scott@fobtc.com to meet and discuss your enthusiasm and excitement for giving, and get a detailed plan.

The current timeline is for camp to be built over 2 years (2021/2022), after design and environmental reviews (2019/2020), and be open summer 2022. Lets keep moving the ball forward to stay on this timeline and be back at the river as soon as possible!